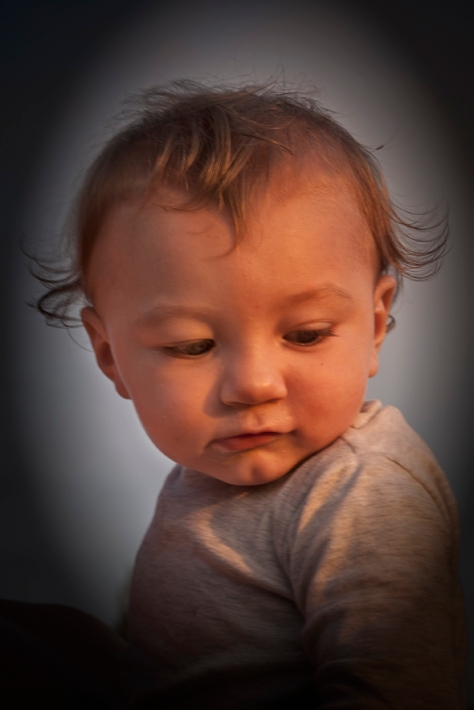 Photographing people is not something I do often.When the right opportunity is available then I will photograph.Especially my grand kids. The above photo occurred when I walked out the back door of my house.The sun had disappeared below the horizon leaving a wonderful orange,red glow on everything.My son was holding my grandson Gunner in his arms.I had taken a number of shots when Gunner spotted something on the ground,thus creating the portrait you see above. The expression,the glow and soft skin add up to a nice photo. 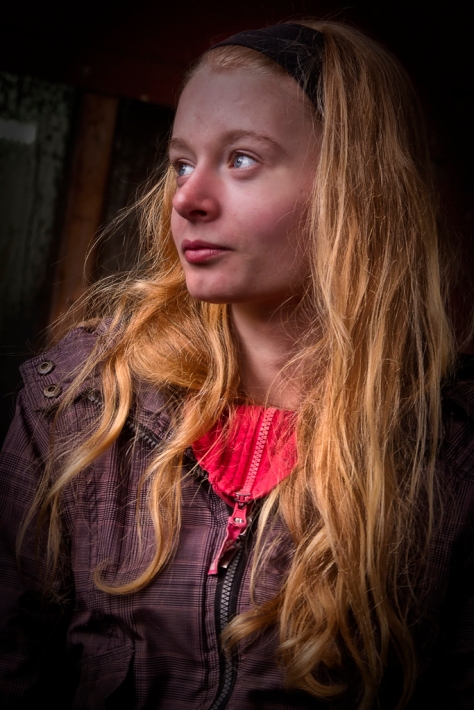 I was out visiting my daughter and her family a few Sundays back.My granddaughter Tisha has her own horse at a boarding barn.She also works there to pay for her board.We were all out in the indoor arena where the horses are exercised.The lighting was low in this building for the most part.Tisha was sitting on a bench facing the windows on the arena sides.I liked the natural lighting coming from the window.I got Tisha set up the way I wanted and proceeded to photograph.The above photo was the one I selected to use and thought that it came out quite good.I printed out a 13″x19″ print for her as a keepsake.